What Does "California Sober" Mean? 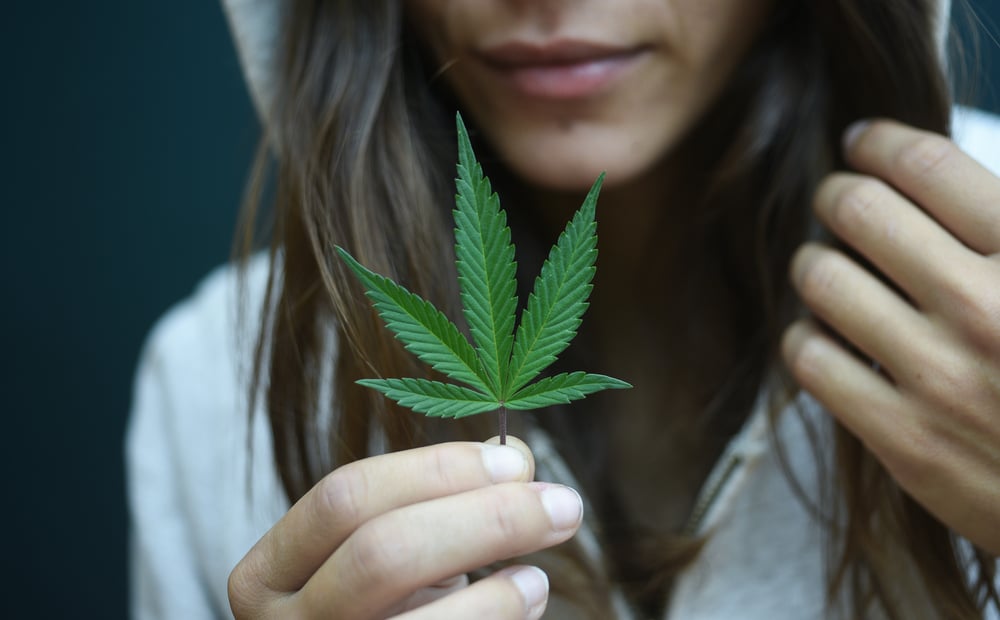 California Sober is a trending term that was popularized by singer-songwriter Demi Lovato. The singer released her song, California Sober, after a near-death opioid overdose in 2018. In her interview with CBS News, Lovato said she best identifies with the term California Sober.

But what exactly does the term California Sober mean?

While traditional sobriety is defined as abstaining from any drug or alcohol, the California Sober approach is about using certain drugs in moderation.

California Sober, or Cali sober, refers to abstinence from all substances except smoking weed or ingesting marijuana. People interpret the exceptions differently, but marijuana is the most commonly cited "acceptable" substance for those who consider themselves California Sober. The term, California Sober, is associated with Michelle Lhooq, who wrote an article on Vice.com explaining how she streamlines her substance abuse to improve her health. The writer stopped using all drugs except marijuana and some psychedelics when she relocated to California from New York.

In their interview with CBS in her Los Angeles home, Demi Lovato said quitting drug use partially worked well for her. "I am cautious to say that, just like I feel the complete abstinent method isn't a one-size-fits-all solution for everybody, I don't think that this journey of moderation is a one-size-fits-all solution for everybody," she told CBS news. In their case, they replaced opioids with marijuana and alcohol.

But the singer now has a different outlook on things and believes that traditional sobriety is the way to go.

California Sober as a Harm Reduction

Harm reduction seeks to provide users with safer and healthier options to reduce the harm associated with substance abuse. The approach follows principles like:

By most definitions, Cali sober isn't harm reduction. This approach is primarily about replacing substances, like opioids and alcohol, with marijuana as a "softer" alternative. While this may work for some people, it doesn't necessarily change their relationship with drugs. It just shifts it from one substance to another, potentially a more accepted one.

When considering California Sober as a form of harm reduction, it's essential to speak with a medical professional or addiction specialist. They can guide how to safely reduce drug use and provide resources to those who wish to pursue abstinence.

The Pros of Cali Sober

The main benefit of Cali Sober is that it allows individuals to reduce the risk associated with certain drugs while still getting some of the pleasure they seek. For example, a person who has struggled with alcohol abuse may find that using marijuana in moderation is a less risky alternative. The switch is also common among those who experience hangovers or sleeplessness.

The California Sober approach allows users to escape the strict abstinence-only models of traditional sobriety and gives them more leeway to experiment. This is especially important for those with no behavioral addictions or behavioral health issues like opioid or alcohol abuse.

Marijuana is an addictive substance but carries fewer risks than drugs like opioids, heroin, cocaine, or fentanyl. It doesn't cause overdose or blood-borne disease and is legal in most states.

Dangers of a California Sober Lifestyle

There are some potential risks associated with the California Sober approach. Some common ones include:

Risk of Developing Cannabis Use Disorder

Finding the right balance between safe drug use and substance abuse can be tricky. According to the CDC, marijuana use can lead to addiction, especially for those who start using at a young age or use it frequently. Other factors like family history, mental health issues, peer pressure, social isolation, and lack of family involvement can also contribute to cannabis use disorder. And like any other substance use disorder, CUD can hurt one's physical and mental health.

Semi-Sober -- Substance Use in Moderation

Semi-sobriety involves setting limits on intake and gradually decreasing the frequency and amount of substance use over a period of time. It is often done with other strategies like lifestyle changes, alternative therapies, and counseling. But since the definition of moderation varies greatly, it's easy for some people to go overboard. For those who have a hard time controlling use, it can be a good idea to cut use completely.

While marijuana is the most commonly used drug in the California Sober approach, some individuals may use other substances like alcohol, tobacco, or even prescription drugs instead. Some may modify it further to use marijuana during the week and hard drugs over the weekend. The lack of rationalization of this approach can increase the chances of relapse. In contrast, the abstinence recovery model requires total abstinence from all mind-altering substances to ensure sobriety.

Deciding What’s Acceptable Can be Taxing

When following the California Sober approach, one must constantly decide what is acceptable drug use and what isn't. For example, they'll need to figure out things like:

This can become exhausting and can lead to burnout, which has the potential to create a slippery slope back into addiction.

Address the Root Cause of Addiction

Ultimately, to ensure lasting recovery, people should be guided toward a holistic approach that looks at the underlying cause of addiction. This might include addressing mental health conditions and developing healthier coping strategies for stress or trauma. Treatment options like cognitive behavioral therapy, yoga, and meditation can also help build resilience to cravings.

To summarize, Cali Sober is an increasingly popular approach to sobriety that allows individuals to consume marijuana in moderation while giving up other drugs. However, it's essential to keep in mind that there are some risks associated with this approach, and it should be done thoughtfully. This approach can help individuals find a healthier balance between abstinence and drug use when used responsibly.

If you or someone you know is struggling with addiction, seek help from an addiction specialist. Recovery is possible, and taking the first step can make all the difference.