Is Food Addiction A Real Addiction? 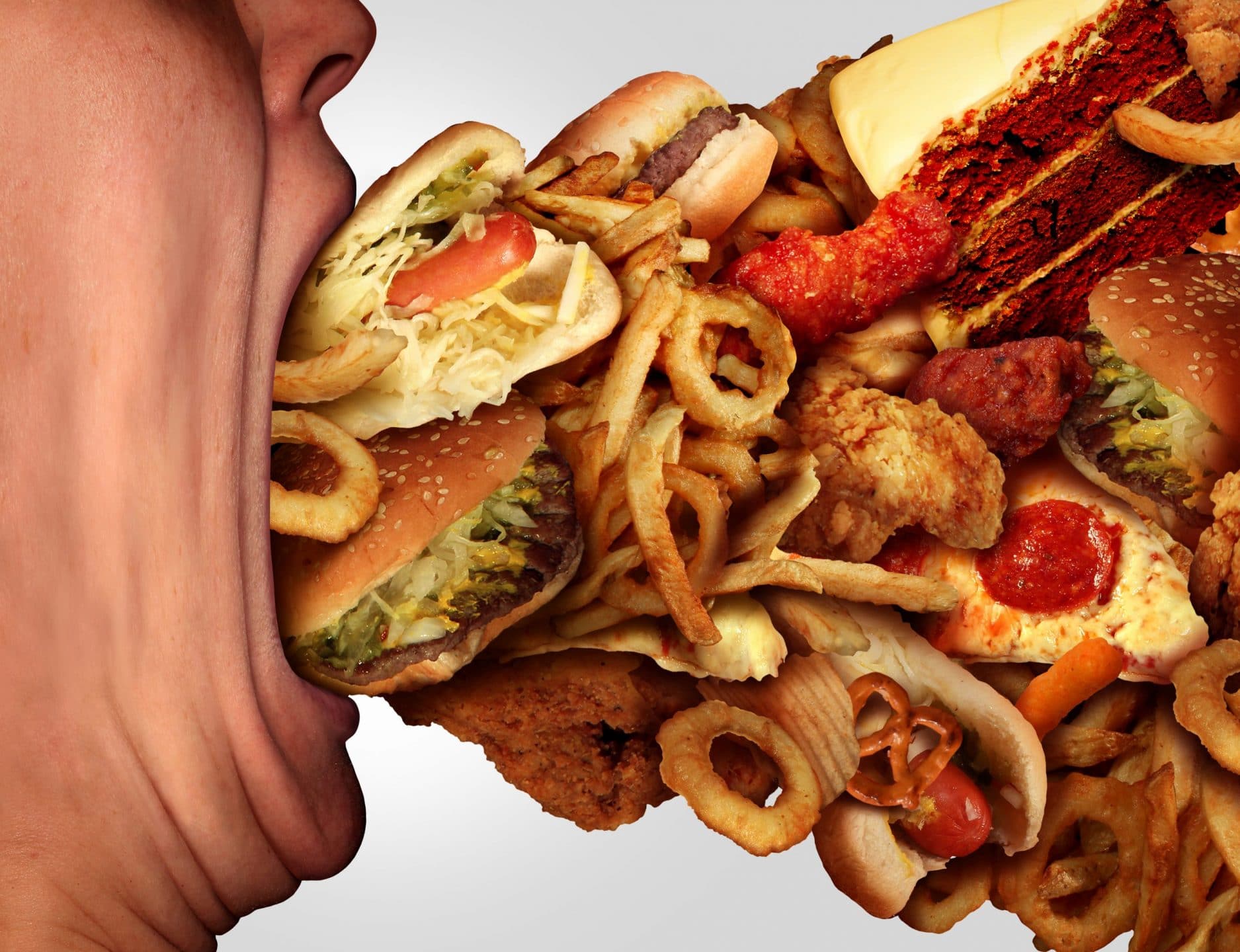 The idea that some foods may have the potential of causing addiction and that some forms of overeating may indicate an addictive behavior has been discussed for years. There has been a growing interest and research on the subject, leading to more definitions and assessment methods. While the diagnosis of food addiction isn’t formally recognized by the Diagnostic and Statistical Manual of Mental Disorders (DSM-5), some studies show that DSM-5 criteria for substance use disorder (SUD) might be transferable to food addiction. Food addiction involves cravings, binge eating behaviors, and a lack of control around food.

No one chooses addiction

Experiments in humans and animals reveal that foods (especially those highly palatable) activate the same areas of the brain as addictive drugs like heroin and cocaine. Highly palatable foods are foods rich in salt, fat, and sugar. Like cocaine, marijuana, heroin, or even alcohol, these foods trigger dopamine, a feel-good chemical in the brain. Note this; the brain registers all pleasures in the same way – whether they come from a sexual encounter, monetary reward, psychoactive drug, or a palatable meal. In the brain, pleasure is linked to the production of dopamine. Food, like addictive drugs, provides a shortcut to the brain’s reward system by triggering dopamine production.

Researchers from Connecticut College discovered that Oreos, a tasty cookie, excited some neurons in the rats’ brains’ pleasure center even more powerfully than cocaine. Surprisingly, these rats quickly identified the tastiest, fattiest, and sweetest part of the snack – the middle. So, they would break and eat that part first. If this study’s findings are anything to go by, then high-sugar, high-fat foods and substance of abuse trigger brain process to the same extent.

Desire initiates the process, but learning sustains it 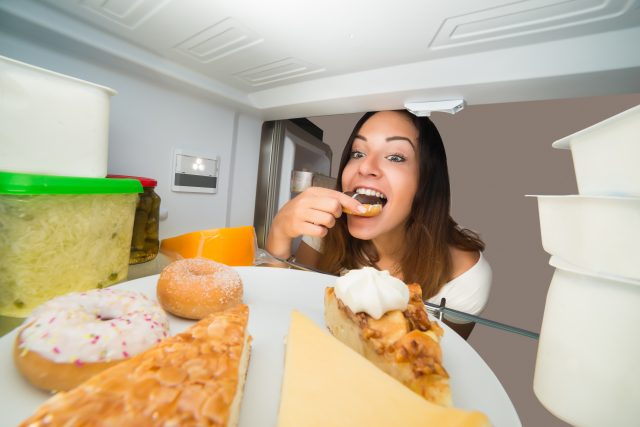 Dopamine is released by the brain during pleasurable experiences, like sex, or even eating food.

Dopamine doesn’t just contribute to the pleasure experience; it also plays a part in memory and learning – both of which are critical in the transition from “liking” eating to becoming addicted to it. Dopamine interacts with glutamate, another neurotransmitter, to assume control of the brain’s system reward-related learning. Repeated exposure to palatable food causes the reward center to want it, driving the vulnerable person to go after it.

When the brain’s reward center keeps getting flooded with dopamine, it will, at some point, adapt to the trigger and eliminate the dopamine receptors. As a result, dopamine becomes less effective. So, the individual may realize that the food no longer gives them as much pleasure. They have to eat more to feel good because the brain is now tolerant. The pleasure linked to the food diminishes, but the memory of the pleasure and desire to remake it persists. So, compulsion takes over.

Is food addiction a real addiction?

Does this mean that someone is a food addict if they have too many unhealthy foods like ice cream or burgers, or knowingly eat calorie-packed meals that are potentially harmful to their body and overall health? The short answer is annoying: “it depends.”

According to some scientists, too much fast food or junk food changes the brain’s wiring to an extent where one loses the ability to resist eating certain foods – despite the potential undesired effects. However, some experts question the validity of comparing any overeating habits with those of addiction to alcohol or drugs. They suggest that the uncontrolled or binge eating disorder may be connected to biological triggers that vary from one person to another. And that the intense cravings cannot be equated to those of someone struggling with substance abuse disorder. 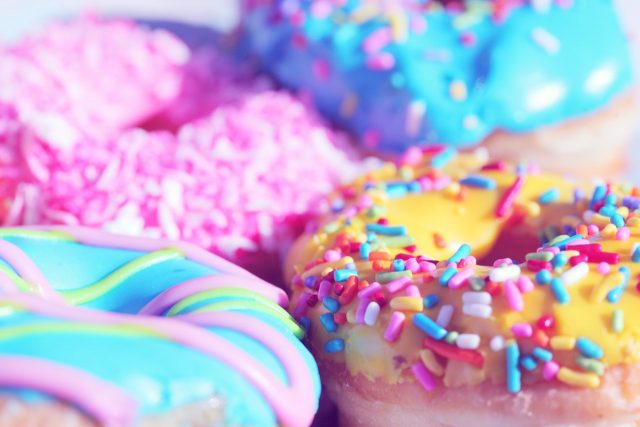 Food addiction can create the same, compulsive behavior patterns as an addiction to drugs or alcohol.

The debate about whether food addiction is a real addiction lies in the term “addiction,” and the way one defines it. If an individual cannot control their urge to indulge in unhealthy food even when it is causing psychological or physical harm, then the phrase, “food addiction” matches the bill. The inability to stop doing something when you want to is the heart of addiction.

Recognizing an addiction to food

Although food addiction is often associated with obesity, it can take many forms. A food addict can be thin or normal, someone who overeats at regularly scheduled meals or grazes on snacks the entire day, etc. So, someone can have healthy body weight and still be addicted to food. It’s just that their bodies may be genetically programed to take care of the extra calories consumed. In some cases, they do lots of physical activity to compensate for overeating. Unfortunately, those addicted to food will keep on eating despite the adverse outcomes.

Researchers at Rudd Center for Food and Science & Policy at Yale University designed a questionnaire to identify patients with food addiction problems. The questions seek to find whether one:

Unlike drug or alcohol addiction, food addicts cannot abstain from eating. That’s why food is perhaps more insidious than drugs. Food addiction can be all-consuming and interfere with different aspects of a patient’s life. In addition to causing or worsening medical problems like heart disease, diabetes, malnutrition, or acid reflux, food addiction can also cause obesity and accelerate conditions like sleep disorders, obesity, chronic pain, chronic fatigue, arthritis, and osteoporosis. Not to mention psychological problems such as anxiety, stress, depression, and low self-esteem. 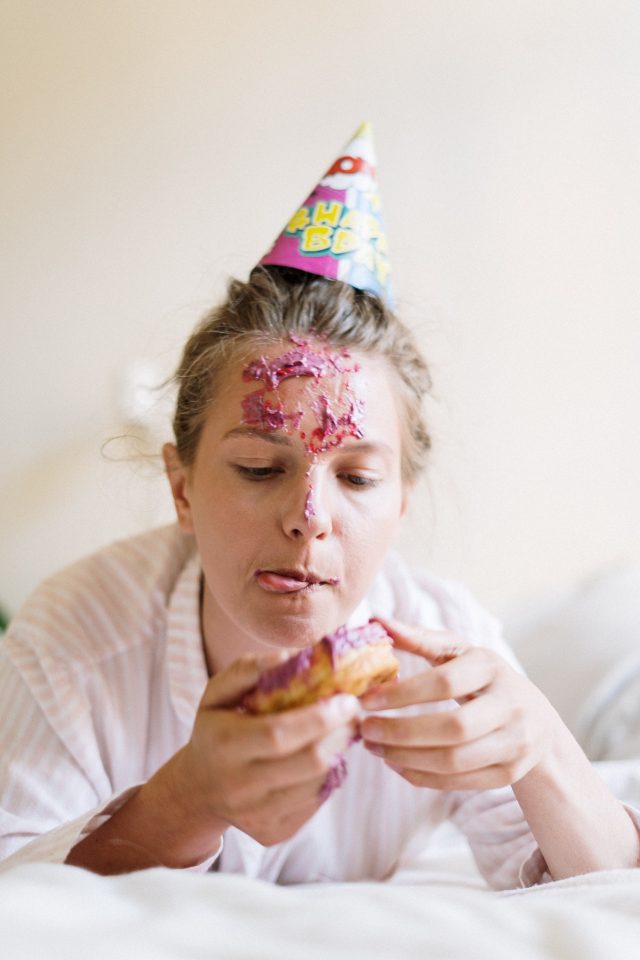 Food addiction can become a real problem. Many treatment options are available for an addiction to food.

Although food addiction may not be a recognized diagnosis or treatment, advances in the medicinal world make it possible to manage and resolve it. A medical expert may recommend one or more of the following treatments after conducting a medical review: