What Is the Relationship Between Impotence & Drug Abuse? 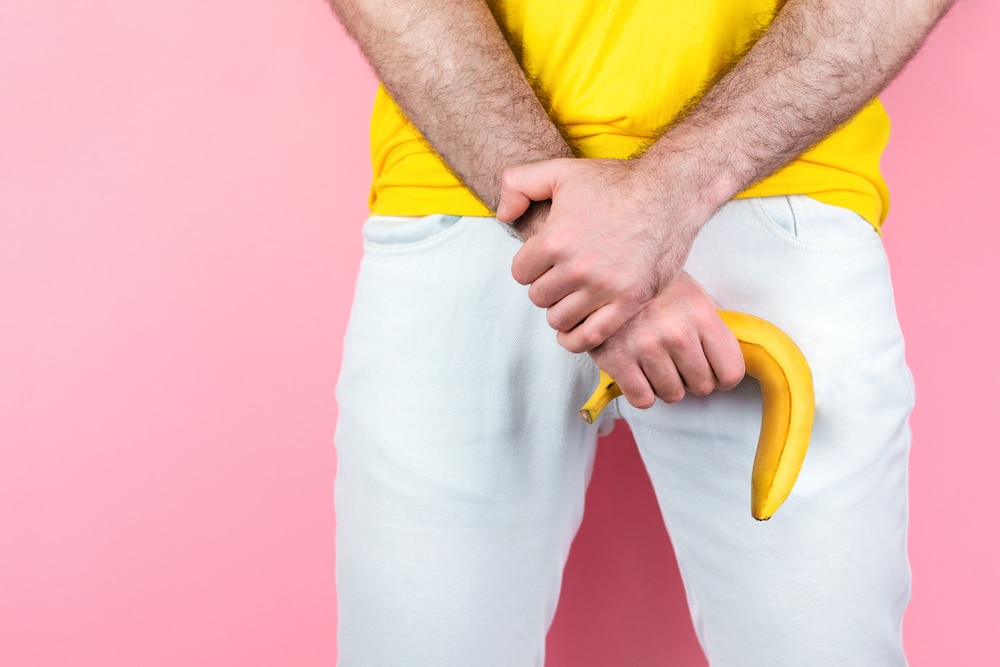 Having erection trouble from time to time is not necessarily a cause for concern. However, if it happens regularly, it could be a sign of an underlying problem. Impotence can happen due to a range of reasons, including emotional and physical disorders as well as drug abuse. In this article, we’ll focus on the relationship between impotence and drug abuse.

Impotence happens when you are unable to achieve an erection, keep an erection, or orgasm consistently. It’s used synonymously with erectile dysfunction (ED) and may be as a result of factors like:

According to the Urology Care Foundation, impotence is a common disorder affecting about 30 million male adults in the United States. And while its risk increases with age, the condition can still affect young men.

The Relationship between Impotence and Drug Abuse

Sexual intercourse is an important part of any couple’s life. If a man cannot get or maintain an erection due to psychological, emotional, or physical issues, he might end up with anxiety, stress, low self-esteem, or even depression. In the long run, this could lead to relationship issues. Unfortunately, when left unresolved, the man might turn to drugs or alcohol to try to cope with the psychological effects.

Many studies have shown a close relationship between substance use disorder and health conditions as well as mental health issues like stress, anxiety, and depression. As the National Institute on Drug Abuse puts it, substance use disorders co-occur at high prevalence with mental illness.

But that’s not the only way impotence and drug use are related. As it turns out, drug use can also cause impotence. Men who abuse drugs or alcohol are at an increased risk of erectile dysfunction.

A study published in the Journal of Sexual Medicine revealed that 36.4% of male drug abusers could not achieve or maintain an erection. According to the study, men who abuse substances have more chances of experiencing ED and difficulty reaching orgasm than those who don’t.

How different drugs cause erectile dysfunction

There are cases where drugs help with erectile dysfunction – like when a doctor prescribes Viagra or Alprostadil for ED. When used correctly, these drugs help increase the sexual desire or blood flow, allowing one to get and maintain an erection and ejaculate. But sometimes, people with erectile dysfunction might be tempted to use more drugs to prolong the pleasure or improve performance. This can worsen the situation and also lead to other issues.

Still on drugs, some people use recreational drugs like cocaine or methamphetamines to induce “uncontrollable lust” or “sexual frenzy.” But the use of these drugs is linked to unsafe or high-risk sexual behaviors. Besides, a majority of stimulant users find that neither of these drugs enhances their sexuality. Let’s look at how different drugs cause impotence.

Prescription drugs like antidepressants, blood pressure drugs, and chemo drugs can help treat different conditions. However, they can also affect blood circulation, hormones, and nerves, leading to ED or increasing the risk of ED. So, if you are having a hard time getting or maintaining an erection while taking prescription drugs, it’s best to talk to your doctor for further assessment. Common prescription drugs that list ED as a potential side effect include:

Prescription drugs cause ED differently. Chemo drugs can damage parts of the nervous system, including those that control erections. On the other hand, blood pressure drugs may prevent the penis’ smooth muscle from relaxing, causing blood not to reach it. Some antihistamines, heart disease drugs, opioids, and antiandrogens decrease or block testosterone, decreasing interest in sex.

Illegal or recreational drugs tend to affect body functioning and can lead to ED. Amphetamines, nicotine, cocaine, and heroin are great examples of illegal drugs that cause erectile function issues. These drugs damage blood vessels and can also restrict blood flow to the penis. Like prescription drugs, illegal drugs also cause ED differently.

Opioid addiction or prolonged use, for instance, can cause androgen deficiencies and menstrual cycle abnormalities, thereby causing sexual issues. Opioids can also alter the functioning of hypothalamic-pituitary-gonadal pathways (HPG), which regulates sex hormones production and leads to testosterone deficiencies in men and women.

Cocaine, on the other hand, is a stimulant that inhibits the uptake of norepinephrine and dopamine. Initial use may induce sexual arousal and improve ED. But prolonged use lowers sexual desire and erectile function and causes delayed ejaculation/orgasm. This effect tends to worsen when cocaine is taken with alcohol or other psychoactive substances.

Alcohol has an inhibitory effect on the hypothalamo-pituitary-adrenal axis. When consumed, it limits the production of gonadotropin, causing hypogonadism. It also suppresses testosterone production, causing low libido and quick or delayed ejaculation.

Can the Negative Sexual Side Effects of Drug Abuse Be Reversed?

Of the 905, 549 had an addiction, while 356 were controls. The men in the addiction group had impaired sexual performance even after one year of staying clean compared to 356 men included as controls.

Sadly, prolonged use of drugs like cocaine can cause permanent sexual side effects. The best way to prevent such sexual issues is to quit abusing drugs. But quitting cold turkey won’t work either. It’s, therefore, a good idea to seek professional help with these. Treatment facilities exist to help people like you (or your loved one) quit abusing drugs.