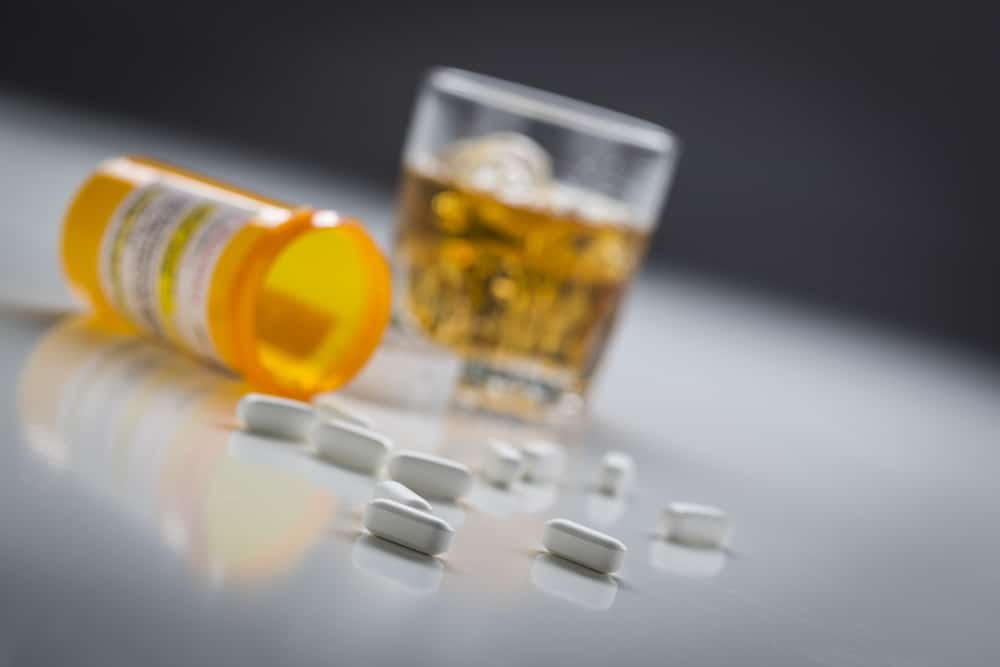 Polydrug use – the practice of using more than one drug at a time – intensifies the effects of any individual drug and makes them more lethal. People mix drugs for a range of reasons, including:

Sadly, there isn’t a safe level of drug use – so there’s no way of predicting the effects of one drug, let alone multiple drugs. Mixing drugs with alcohol increases the impact on the body and brain and may lead to overdose. According to the CDC, almost 80% of opioid deaths in 2016 involved another drug or alcohol.

Why mixing drugs with alcohol is a bad idea

Cocaine, both freebase and powdered, causes stimulant effects and side effects. This can include high energy and mental alertness, constricted blood vessels, insomnia, anxiety, paranoia, restlessness, cravings for more as the drug starts to wear off.

Alcohol is a central nervous system depressant. Its effects are opposite to those of stimulants like cocaine. Alcohol slows heart rate, speech, breathing, reflexes, and reaction time. So, people may use alcohol to reduce cocaine’s effects like twitching or anxiety.

On the other hand, they may use cocaine to increase their physical energy after drinking alcohol. Alcohol also boosts euphoric effects from drugs like cocaine because it indirectly acts on GABA receptors, increasing the release of some neurotransmitters.

Alcohol and cocaine blend is a toxic mix. When one mixes the two, they create new metabolites, including cocaethylene. Cocaethylene is stronger than either alcohol or cocaine alone and increases toxicity to the liver, heart, and other major organs.

The toxicity is not limited to illicit drugs alone. People who combine drugs like opioid painkillers, sedatives, or anti-anxiety medications with alcohol are also at an increased risk for severe side effects. Prescription medications are a wide classification of drugs with a variety of uses.

They can help calm anxiety, relieve pain due to surgery or illness or maintain impulse control. But still, they tend to cause nausea, drowsiness, loss of coordination, and changes in blood pressure. Long-term side effects of these drugs may include heart problems, internal bleeding, and liver damage. It’s important to stick to what the doctor prescribes to avoid unnecessary effects.

Mixing prescription drugs with alcohol can cause adverse effects because of drug interactions. Alcohol not only alters the performance of the drugs but can also negate or heighten their effectiveness. Each prescription medication has its own potential negative effects that can be exacerbated when mixed with alcohol.

In addition to the effects above, the mix can change a person’s actions and thoughts, making risky behavior a definite threat. It also raises tolerance, leading people to ingest or drink more, trying to chase the high. This, in turn, can cause fatal overdoses, alcohol poisoning, and addiction.

Alcohol and caffeine or energy drinks

It’s common for people to combine alcohol and caffeine at parties and clubs to keep the fun going. This can take the form of whiskey and coffee, vodka and energy drink, rum and soda, or some other mix meant to deliver the perfect double-buzz. While this seems like a good idea, some negative side effects warrant consideration.

A while back, the FDA issued warnings to companies like Four Loko that made caffeinated alcoholic drinks. This was after reports of alarming hospitalization linked to the drinks swirled. According to the Federal Trade Commission, consumers didn’t notice how much alcohol they took because caffeine masks the sense of intoxication – inducing more drinking.

Alcohol makes one feel more relaxed. But it also has the residual effect of making one feel tired. People add in the caffeine, so they’re relaxed without feeling tired. Energy drinks and caffeine can mask how drunk someone is.

They can also boost energy levels, allowing one to drink longer and more. Mixing alcohol with caffeine or energy drinks can cause heart problems, alcohol-related injuries, and weight issues.

Like prescription drugs, combining illicit opioids and alcohol is extremely dangerous. Both these substances are central nervous system depressants and can cause various effects, including brain damage and death. Sadly, CDC reports that people addicted to alcohol are two times more likely to become addicted to heroin. Most of them use alcohol or heroin to enhance the sedative effects of individual drugs and attain a stronger high.

Mixing alcohol and heroin increases the chances of a user having severe side effects. This includes more risk of developing addiction, certain health issues, and possibly a fatal overdose.

According to CDC, there were more than 14,000 heroin-related deaths in the US in 2019. Alcohol leads to nearly 7x the number of deaths as heroin. Heroin is one of the most addictive drugs globally, but alcohol has a reputation for causing dependency and addiction too.

Alcohol and meth’s contradictory effects are concerning for a range of reasons. First, people who mix these drugs may consume more alcohol to feel its accustomed effects or feel more inebriated – resulting in alcohol toxicity. Second, those who end up consuming more while high on meth overlook cognitive impairment and drive, placing others at risk.

Hallucinogens refer to various drugs that alter one’s awareness of their surroundings, thoughts, and feelings. They are often divided into dissociative drugs and classic hallucinogens, both of which cause hallucinations and false perceptions of reality. When under the influence of hallucinogens, people often report rapid, intense emotional swings and hearing sounds, seeing images, and feeling sensations that seem real but aren’t.

Mixing alcohol with hallucinogens can provoke even more dangerous side effects and result in co-occurring disorders. Someone who uses LSD, PCP, DMT, ketamine or Mescaline and drinks alcohol may suffer from nausea, vomiting, headaches, panic attacks, and faintness. Combining the two substances can also increase one’s heart rate.

In severe cases, they may lose consciousness or have a seizure. Moreover, alcohol increases the chances of experiencing a “bad trip” by worsening depression and increasing frightening hallucinations. Sadly, the effects of hallucinogens can prevent one from realizing how much alcohol they’ve taken, causing them to take more. In which case, they may end with alcohol poisoning.

Abusing any drug comes with its own risk. But introducing alcohol to the equation can bring about other risks and amplify the dangers of the drug. If you or someone you care about cannot stop using, it’s best to seek help. Treatment centers exist to help people with polydrug use issues and can help you or your loved one lead a clean life, free of drug-related issues.