Why Mixing Drugs Can Kill 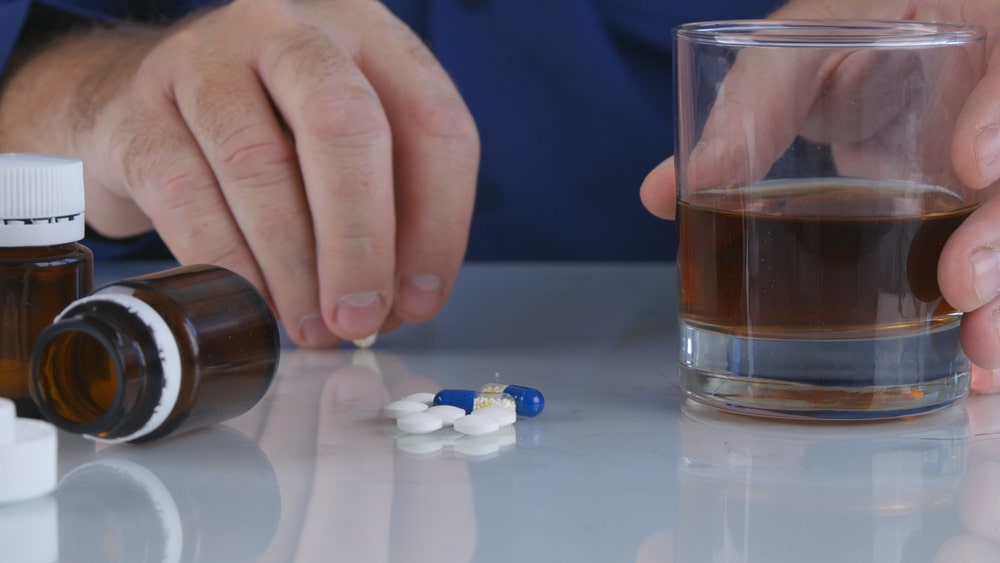 People use drugs for a range of reasons. Some to fit in, rebel, or even just to escape their reality. Others use drugs to experiment, relax, or release boredom. Drugs excite the parts of the brain that make you feel good – but they also do so much more harm, as you'll notice in this article. Some very real dangers come into play when mixing drugs with other substances.

Drugs are anything but equal. Sedatives like heroin, alcohol, and benzodiazepines have a numbing effect and tend to slow down body and brain functions. Stimulants like cocaine, ecstasy, crack, and amphetamines can give users a rush of energy and make them more alert. Hallucinogens, like psilocybin mushrooms and LSD, tend to alter the way users see, feel, smell, taste, or hear.

When taken in large quantities, sedatives can be fatal; stimulants can trigger panic attacks or anxiety; and hallucinogens can cause erratic or dangerous behaviors. But the question is what would happen when these drugs are mixed together?

A brief look into polydrug use

Polydrug use is when users mix drugs or take one drug while still under another drug's influence. It can include the use of illegal drugs, alcohol, over-the-counter medications, and prescription drugs. People mix drugs for a range of reasons, with the most common ones being:

The problem with using more than one drug at any given time is that the effects become even more unpredictable. It is not always possible to tell the exact impact of a single drug or drug dose. Drug use affects each person differently. Sometimes, a person can use the same amount of a specific drug on separate occasions and have different effects each time. The difference happens due to reasons like:

It is hard to predict the effects of a single drug. But it is even harder to predict the effects of multiple drugs. In addition to the factors above, the effect of multiple drug use may vary based on the mixture's contents. Blending drugs with the same physical effects – like two or more sedatives or two or more hallucinogens) can be particularly dangerous. The blend is riskier because it amplifies pleasurable and adverse effects. Combining drugs like cocaine and ecstasy will elevate the ‘high’ and also increase the risk of a heart attack.

The dangers of mixing drugs

One of the most significant risks of mixing drugs is "combined drug intoxication (CDI)." CDI happens when two or more substances are taken simultaneously and can lead to life-threatening conditions like seizures, heart problems, coma, brain damage, liver damage and failure, stomach bleeding, and even death. There were 67,367 drug overdose deaths in the US in 2018, according to the Centers for Disease and Control Prevention report.

Although we like to think about these drugs in isolation, for example, "fentanyl overdose deaths," a recent study by the National Center for Health Statistics revealed that most drug overdose deaths involve a mix of two or more drugs.

Many different types of lethal drug combinations exist and contribute to the raging drug overdose epidemic in the US. According to the Center for Disease and Control Prevention analysis, many opioid deaths also include other drugs.

Why mixing drugs increases the risk of death

A drug overdose doesn't necessarily happen because of taking too much of a single drug or alcohol. In fact, it mostly occurs when users overdose from a drug combination. Here are some examples of how mixing drugs can kill:

1. People mix two or more drugs – often the same class of depressants or stimulants – assuming that taking half of the usual dose of each of these drugs at a time will produce a similar effect, but it's not the case. Even a small amount of another depressant or stimulant can increase the impact - way beyond what would have been taken individually.

The effect is particularly fatal with depressants like synthetic opioids, alcohol, and tranquilizers like barbiturates and benzodiazepines. These drugs depress the central nervous system, which controls the respiratory system and heartbeat. Depressants slow down breathing and reduce heart rate. This, in turn lowers the blood pressure and the amount of oxygen that flows to the brain, leading to hypoxia. As a result, rapid cell death occurs in the brain and consequently causes brain damage or death.

2 Mixing stimulants and depressants – this sends contradicting messages to the body, impairing its function. The respiratory, cardiovascular and nervous system are put into a frenzy with simultaneous conflicting messages to slow down and speed up. This causes severe consequences and can lead to coma, fatal overdose, cardiac arrest, slowed breathing and in some cases, death.

3. A single drug – like a prescription drug or a glass of wine – may not impair a person's ability to drive. However, a combination of a glass of wine and the prescription drug may exponentially increase the effects of both so that the user may show signs of severe impairment. Driving while under the influence of mixed drugs can lead to severe injury or death of self and/or others.

4. Mixing alcohol and cocaine can be dangerous, especially when both these drugs are broken down in the liver simultaneously. When both drugs are present, the liver produces cocaethylene, a harmful chemical that stays in the body for extended periods and may increase the chance of heart attack, seizures, and even sudden death. Cocaethylene can also cause cardiac arrhythmia, brain damage and aneurysm.

5. Benzodiazepines mixed with alcohol, severely increases the deadly risk. Both of these drugs affect the same neurotransmitters. Their combination amplifies the intoxicating effects of alcohol and benzos and causes memory loss, hallucinations, impaired coordination, intense dizziness, severe depression, and even suicidal thoughts. The combination also depresses breathing, slows down the heart rate, causes seizures, and results in loss of consciousness, coma and death.

Anyone willing to risk their lives for recreational or social reasons has a serious drug use problem. The same applies to those who use drugs to try to overcome their mental health issues like anxiety, depression, or stress. People with polydrug addictions need intense addiction treatment and therapies because of the augmented damage their brains have sustained from the use.

Can Self-Harm & Cutting Be An Addiction?
Written by: Drew Lewis
Things to Be Thankful for This Year
Written by: Olivia Kibaba
What is Drug Court?
Written by: PJ Haarsma