What Drugs are Snorted? 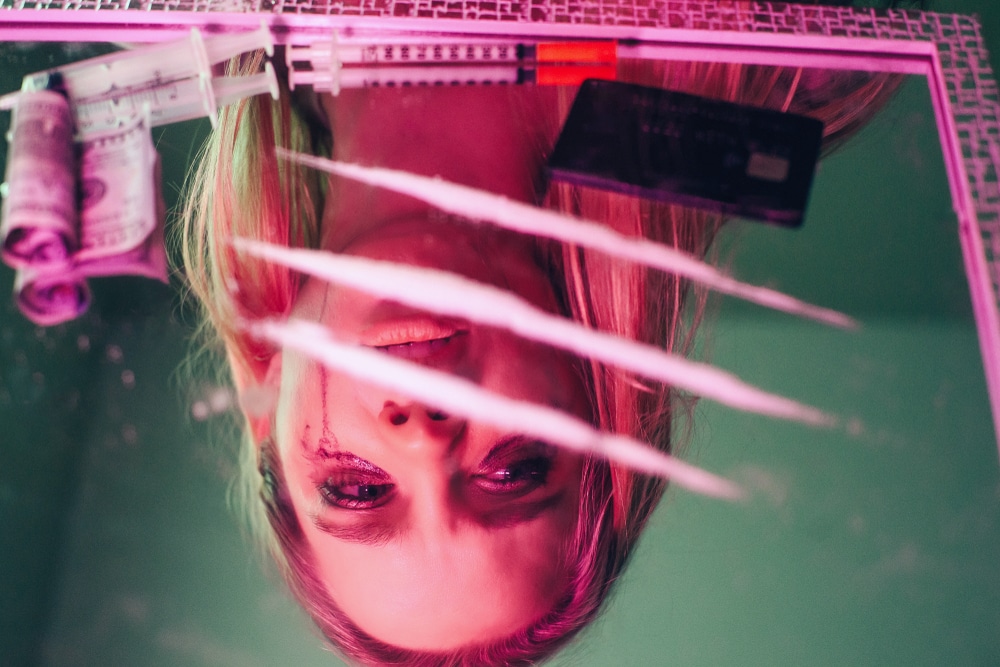 People who consume illegal drugs use various ways to get the drugs into their bloodstream. Some take it orally, while others prefer snorting because it offers a faster "high." When drugs are snorted, it causes a much quicker onset of effect than oral ingestion. This is because of how fast the drug gets into the bloodstream through the soft tissue in the nasal cavity.

Drugs that users commonly snort include cocaine, heroin, meth, tobacco, amphetamines, and even prescription drugs, such as opioids or prescription stimulants like Adderall. Users chop the pills into a fine powder using a razor blade or credit card on a hard surface. They then divide the drug of choice into "lines" and use a rolled paper, dollar bill, or straw to inhale the drug up into the nasal passages. But users may also snort a drug in aerosol or liquid forms. Snorting is a preferred method of administration for these drugs because it amplifies the drug's effect and speeds up the onset of effects. Snorting drugs comes with a range of short- and long-term effects, as you'll notice in this article.

Snorting (also called insufflation) involves inhaling drugs into the body. It is an effective delivery option that’s noninvasive, virtually painless, and easy to administer. In fact, doctors use intranasal administration when delivering medication to children who fear needles or have a hard time swallowing tablets or pills.

Because of these reasons, snorting drugs is a preferred method among people who use recreational drugs. And the fact that it produces a faster onset of the desired effect makes it even more desirable for users who want a quick fix. It takes about 5-10 minutes for the drug to get into the system and produce the high. This is because of how fast the drugs diffuse through the mucus membrane in the nose.

What drugs are snorted through the nose?

Drugs that are commonly snorted include:

Let's look at some of these drugs.

MDMA is an amphetamine. Structurally, it is similar to the hallucinogen mescaline and stimulant methamphetamine. MDMA comes in capsule, tablet, powder, and liquid forms. “Molly” is a pure crystalline powder form of MDMA that's popularly sold in capsules. It's known to produce feelings of intense empathy, euphoria, and heightened sensations of sound and color. Usually, those who snort ecstasy want a faster onset of effects and a more intense high. This drug is very popular in rave scenes, across the United States.

Xanax is a Central Nervous system depressant that slows down brain activity to produce a tranquilizing and sedating effect. It's these calming effects that make it effective for treating mental health disorders. Xanax comes in tablet form that's taken orally. The prescription drug is meant to be swallowed whole, but users crush the tablet to snort it. Like snorting meth or heroin, snorting Xanax is believed to give one a quicker high because it enters the bloodstream faster. But Xanax and other benzodiazepines are not only harmful to snort, but this also makes them less effective. This is thanks to the particular chemical markup of the drug.

Snorting cocaine might not be the fastest way to achieve a high like injecting and smoking. But it produces long-lasting effects. As one inhales the drug, it coats the soft tissue in the nasal cavity and gets absorbed by the sensitive nasal membranes. Cocaine is absorbed into the bloodstream and flows to the brain to produce the desired effect. In the process, it narrows various blood vessels, thus restricting the flow of blood to specific tissues. Cocaine is one of the most commonly snorted drugs in the US. In 2014 alone, there were about 1.5 million current cocaine users 12 years and over. Unfortunately, cocaine abusers are at a high risk of seizures, cardiac arrest, and sudden death.

Snorting heroin is not the most common way of administration. But those who think it's safer will choose to snort to avoid IV drug use complications. Some users mistakenly believe that snorting heroin makes it less addictive. This is not true. In fact, one study shows that those who start by snorting often end up injecting it, because of the tolerance they build-up over time. The most immediate risk of snorting heroin is overdose. According to the National Institute on Drug Abuse, there were 14,019 overdose deaths in the US in 2019.

What are the health risks of snorting drugs?

Drug abuse by itself is a risky undertaking with a host of dangers. But the mode of administration may impact the risk even further. Snorting drugs or sniffing inhalants can change one's cognition, damage the brain and create several other mental and physical complications.

Snorting any drug is dangerous. Many users assume that prescription drugs are safe, but that's not the case. The chemicals components in prescription drugs are designed to contact gastrointestinal tissues and not the nasal cavities, nasal passages, sinuses, or lungs. Snorting exposes these tissues to chemicals, causing inflammation, irritation, and damage.

While the actual risk may vary from one drug to the next, here are some general risks of snorting drugs:

Those who snort drugs may have an increased risk of contracting HIV and hepatitis C if they share equipment as the nasal mucous may have blood.

It is also not uncommon for those snorting prescription drugs to snort other drugs like heroin. Besides, one may experience mental and behavioral changes because of abusing drugs and struggling with the side effects. As the problem becomes evident, an individual may struggle with shame, anxiety, and low self-esteem to the extent of becoming socially isolated.

Above all is the most overlooked risk – the adverse effects of filler agents used in the drug. Most illegal drugs that come in powdered forms, like cocaine and heroin, are often cut with other drugs or substances. Cocaine and heroin, for instance, may include fentanyl. Fentanyl is potent. It increases the dose strength and causes overdose among those who have no idea they're even taking it. Household products, foodstuffs, and talcum, are also pretty common fillers. Talcum is harmful. Studies show it might cause low blood pressure, convulsion, chest pain, lethargy, fever and even coma.

Dependence may happen when an individual snorts drugs. Drugs are habit-forming and addictive. So users build tolerance and have to take more of the drug to achieve a high. Any attempt to stop might cause withdrawal symptoms, which can be mild or severe depending on the type of drugs, individual, and period of use. In case the symptoms are severe, one should find a treatment facility that will help with the detox and rehabilitation.

According to the Centers for Disease Control and Prevention, there were more than 81,000 drug overdose deaths in the US in the 12 months ending May 2020. Synthetic opioids – mainly manufactured fentanyl – are the leading cause of these deaths. But there has been a notable increase in overdose deaths among heroin and cocaine abusers during the pandemic.