Why Do People Use More Drugs During The Holidays? 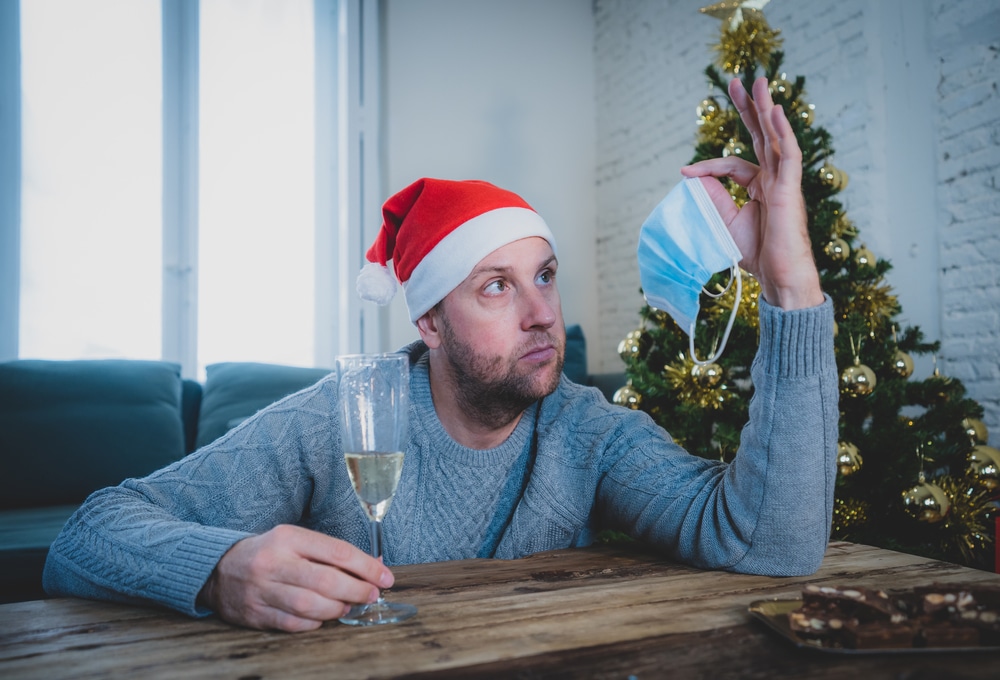 Have you ever wondered why people use more drugs during the holidays than any other time of the year? Well, as it turns out, holidays can be a mixed bag of emotions. Although people look forward to the season, it is not uncommon for loneliness, grief, financial strain, family conflict, and seasonal affective disorder (SAD) to creep in. Many overindulge during the holidays, not just because of the countless opportunities for using substances, but rather the need for extra comfort because of heightened stress.

The fact is that holidays aren’t holidays for those who find themselves burdened with other additional obligations and tasks while their everyday lives must go on as usual. So they tend to be more vulnerable and so inclined to succumb to drug use because stress sources multiply. This, at least, may be one reason why people use more drugs during holidays. But there are more reasons, as you will notice in this article.

Using drugs during the holidays

A holiday season isn’t entirely to blame for drug use issues, but it contributes, of course. It’s the time of year when people are more inclined to participate in different social events where drugs and alcohol are the glue that holds everything together.

Again, many people base expectations about holidays on unrealistic displays of healthy, affluent families from TV ads and shows. But this only fuels anxiety during the holiday season. When someone tries to live up to what they see on TV, yet it is not realistic, they may become anxious and try to numb their feelings with drugs.

Seasonal pressures arise from various sources, including financial obligations, increased demands on time and energy, and even final exam and grade reports. There’s usually a ton of extra demands. People want to do it right, so they end up becoming exhausted.

Seasonal affective disorder or winter depression is also pretty common around this time of year. SAD is a type of depression linked to low-light conditions that occur during long, dark winter months.

Here are the reasons why people use more drugs during the holidays:

Holidays evoke images of family bliss: loved ones gathering around a fireplace, lots of music and dancing, gift exchanges and catching up, etc. But for many, this dreamy image is usually nothing more than that – a dream.

For some people, a holiday is a time of loneliness because they live far from family or have lost their loved ones. For this group, holidays can be a time of sad memories and additional stress because it reminds them of relationships they don’t have. Some may turn to drugs and alcohol to blow off some steam or disconnect with the world.

The same applies to people who dread holidays because of family drama and strained relationships. The thought of a perfect holiday gathering can make a normal social tension unbearable.

Lack of finances is a common reason for seasonal sadness. One survey by the American Addiction Centers revealed that finances and gift-giving were the leading cause of holiday stress. An average person spends about $750 on gifts. And this figure can go even higher for those with more children, friends, co-workers and so on.

While gifting may not seem like a problem, it can be a major depressor among those who are strained financially. The effects of this stress can be detrimental on many levels and may lead to an increase in drug use during the holiday seasons. Studies show a strong connection between substance abuse and depression. For some, this stress becomes too much to bear and many with deep mental health issues can succumb to suicide.

Large gatherings, tense family relationships, and all the preparations can be overwhelming to some people. This is because of the constant worry that something might go wrong or that people will judge. Social anxiety is also pretty common around holidays, considering many events involving groups of peers, friends, and families. People with anxiety issues turn to drugs to help lessen the anxiety – though this only worsens the situation.

A study by the American Psychological Association and Greenberg Research tried to find out those who suffered from elevated stress levels during holidays, and the findings were surprising. Of the respondents in the study:

A sad, anxious, stressed, or angry person might lose sleep and be unable to focus on the celebrations and events happening around them. And as it turns out, these mental disorders often travel in the company or drug abuse. Drugs may help one feel less inhibited and more comfortable in social settings. But anxiety robs one the ability to know when enough is enough, or that drugs in any amount can be dangerous, or that they need therapy and treatment and not drugs for their disorder.

Impulsivity, a personality trait, is a risk factor for substance misuse. Those who are struggling with addiction assign higher values to immediate values than the delayed ones. And with lots of events, parties, and the general craze going on, the impulsivity only tends to heighten during holidays.

Nostalgia, a sentimental yearning or longing for the past, is a big part of the holiday season. Like birthdays and anniversaries, holidays trigger nostalgia because they act as temporary landmarks. Nostalgic depression is a holiday syndrome and may be accompanied by feelings of bitterness, helplessness, anxiety, and depression. It is common among loners with a history of family disruption.

Nostalgia is beneficial as it helps people cope with boredom, grief, and loneliness. It also strengthens social connectedness and reinforces a sense of identity. But to some extent, nostalgia can be toxic. Toxic nostalgia is especially harmful to recovering addicts, as it can make them believe that the time they spend using drugs is worth returning to. It may also make them forget all about the negative impacts and stresses of addiction that made them quit in the first place.

It doesn’t come as a surprise that people indulge in seasonal binge-drinking during the holiday season. In fact, the Distilled Spirits Council of the US says that a quarter of the $49 billion-a-year profits in the distilled spirits industry come from late November through to New Year. So whether it’s peer pressure or excitement or the desire to unwind, people – including the moderate drug or alcohol users – tend to increase their consumption rates. Moderation is rarely taken seriously during holidays – with many believing that they’ll compensate for all their bad consumption in January. So, they keep overindulging in drugs, alcohol, and even food.

When all these things come together, one is likely to experience symptoms like:

Unfortunately, these symptoms can have far-reaching effects, especially for those with no support systems. In addition to using drugs, the symptoms can increase the risk of suicide, personal injury, violence, and relapse. That is why it’s essential for those who experience such symptoms to get professional help. It also helps to have friends to talk to whenever sad memories or feelings of loneliness come up.