STI Exposure Risk from Needle Use 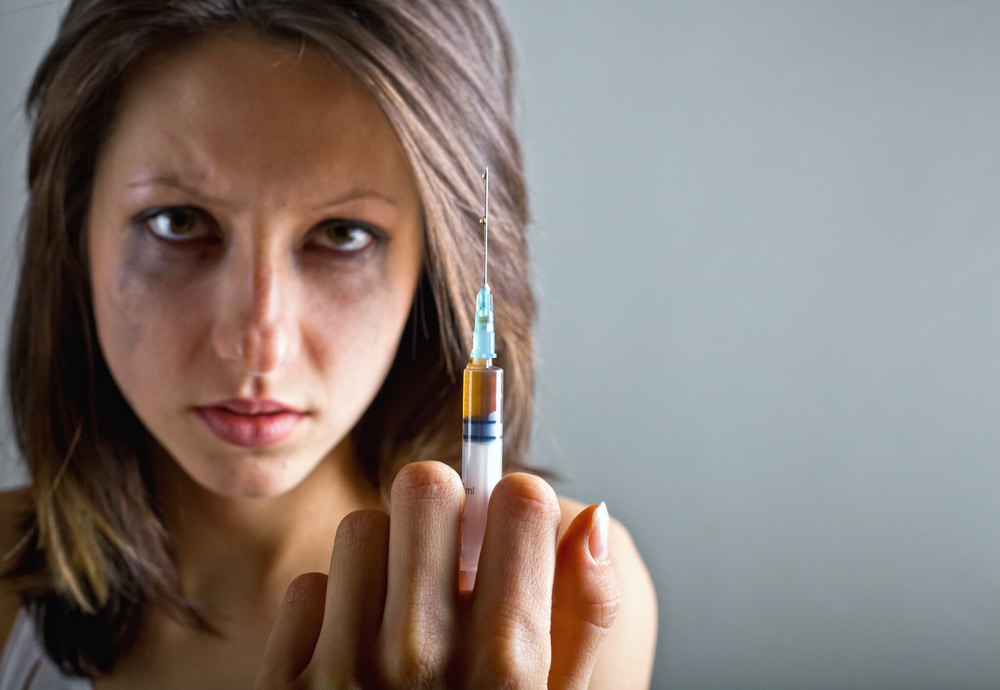 Sharing needles and syringes for any use is a risk for various sexually transmitted infections. A person can get STIs like HIV or Hepatitis by injecting into the vein, fat, or directly into a muscle. Reusing containers to dissolve drugs, sharing water to clean drug equipment, and reusing filters are also risk factors. The STI exposure risk from needle use is very common among drug addicts, so let's look at the statistics.

Studies reveal that those who inject drugs are most vulnerable to STIs. According to UNAIDS special analysis, 2018, the risk of HIV among those who inject drugs was 22 times higher than the general population. Other vulnerable groups included gay men, female sex workers and transgender women whose risks to HIV were 28, 13, and 13 times higher than the rest, respectively.

In another UNAIDS report, men account for the biggest share of higher risk of HIV infection, comprising 80% of the 11.8 million people globally who inject drugs. The report further revealed that approximately 13.1% of those who inject drugs worldwide were living with HIV. Despite the prevalence of drug injection and STIs, most people do not seek treatment for their addiction, due to fear of judgment, among other reasons.

The history of disease spread by needle use

In the last 20 years, the United States has seen a rapid increase in overdose deaths and STIs due to injection and misuse of prescription and illicit drugs like fentanyl and heroin. Injection drug use (IDU) and its vast health impacts are a public health crisis, with approximately a million people reporting IDU in the past year.

The increases in IDU have caused outbreaks of HIV and higher rates of diseases like Hepatitis B (HBV) and hepatitis C (HCV). This is because viruses spread through body fluids – either through:

Drug use and addiction are often connected to HIV/AIDS since AIDS was first determined as a disease. Centers for Disease Control and Prevention indicate that 1 in 10 HIV diagnoses happen among those who inject drugs. In 2016, IDU accounted for over 150,000 (or 20%) and 50,000 (21%) of recorded HIV cases among men and women, respectively. Besides, pregnant and lactating mothers who are HIV infected can pass down the virus to their baby irrespective of their drug use.

Different studies show a close link between injecting drugs and sexually transmitted diseases. This should serve as a wake-up call to those who inject drugs. But surprisingly, the people who inject drugs continue with their needle exchanges and sharing habits despite the glaring danger.

Here are some common reasons they don’t stop.

Easy access: some communities do a good job distributing syringes and needles and disposing of used ones. But not everyone has access to such facilities. Some addicts have to go to the pharmacy stores, which have their own sets of rules around selling such supplies. So, an addict prefers to use what’s available. Besides, most addicts don’t have time to clean or look after themselves, let alone find new drug equipment.

Avoiding expenses: the drug equipment isn’t cheap either. A box might range between $10 and $50, which might be too expensive for someone whose primary focus is on getting money to buy more drugs.

Assumption: most drug users are cautious about sharing equipment with strangers. But they let their guards down when it’s someone close – like a friend or family - because they assume they know them better. So they don’t mind sharing needles and syringes.

Lack of education: some addicts have no idea that sharing drug equipment exposes them to STIs. Others are aware, but only to some extent. A good example is when they avoid sharing needles but end up sharing water used to clean the equipment.

As we’ve discussed above, injecting drugs increases risks for developing a range of infectious diseases, including HIV, which causes AIDS. Studies estimate that about 36% of cumulative AIDS cases in the US resulted from injected drug use.

HIV is transmitted through the exchange of blood and other bodily fluids. According to the CDC, HIV can live in a used drug supply for up to 42 days, depending on temperature and other factors. This explains why sharing needles, cookers, water, and cotton is potentially risky.

Sharing paraphernalia can also cause the transfer and spread of other infections like HBV and HSV, each of which affects the liver and may result in liver cancer, liver failure, liver cirrhosis, and permanent scarring. According to a study by the UCSF, drug injections may account for 60% of HCV cases in the US alone.

IV drug abuse also impairs judgment and lowers inhibitions, making it easy for one to indulge in risky sexual behaviors. It is pretty common for those who are high on drugs to have unprotected sex, which exposes them to HIV, HBV, and HCV. But these aren’t the only infections that can be transmitted sexually. Others include genital herpes and Human Papillomavirus (HPV).

How to reduce the risk

Drug users can reduce the risk of acquiring or transmitting STIs by:

Not using drugs: the best way to lower the chances of contracting STIs through IV drug use is to stop using drugs. Seeking help from a reputable treatment center can be a great way to achieve sobriety.

Not sharing drug supplies: viruses are only transmitted through IV drug use and sexual contact. So, one should avoid ever sharing drug equipment. Many communities have syringe services programs that issue free sterile syringes and needles and safely dispose of used ones.

Getting tested and treated: those who administer drugs intravenously should test for HIV, HBV, and HCV. If the tests turn out positive, treatments exist to help keep everything in check. Drug users who are negative for HBV can take advantage of the vaccination to prevent transmission.

Take pre-exposure prophylaxis (PrEP): PrEP is a daily dose of HIV medications that prevent one from getting HIV. It is effective in lowering the chances of getting HIV infection for those who inject drugs. Those who have been exposed to the virus can take PEP to prevent becoming infected. But this should be done within 72 hours after recent possible exposure to HIV.