The History of the D.A.R.E. Program – Why it Failed 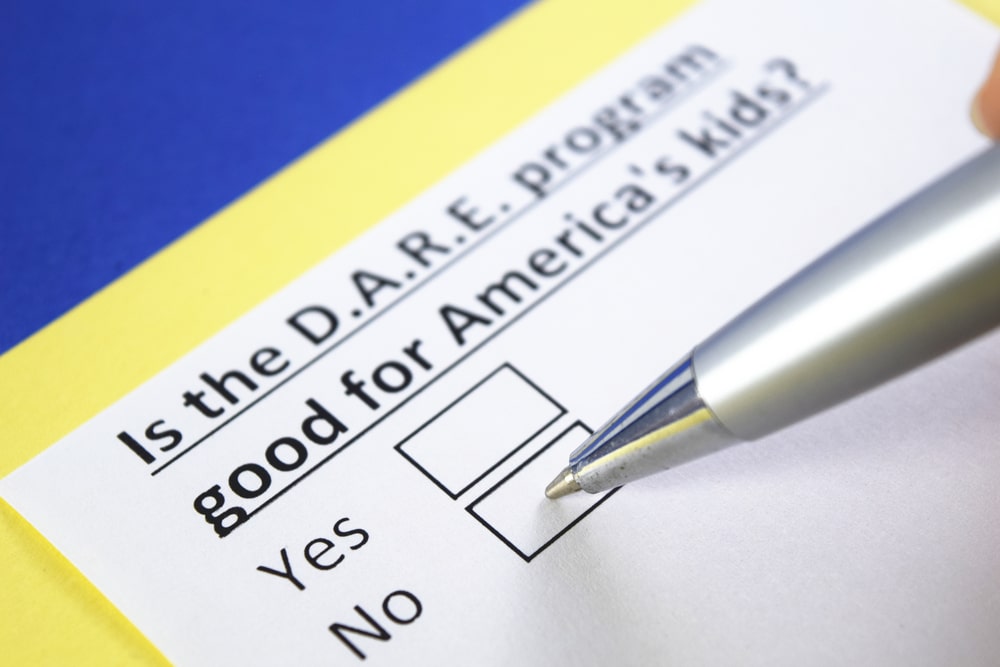 D.A.R.E., the anti-drug campaign, was designed to teach learners about the dangers of drug use, arm them with social skills to resist peer pressure to explore, and help them feel that saying no is socially acceptable. Resistance and self-esteem were at the core of D.A.R.E. (Drug Abuse Resistance Education Program). Through the 80s and 90s, it expanded from a small local program to a national campaign against drug use. At its peak, D.A.R.E. was adopted by 75% of schools in America at the cost of approximately $125 per child.

But see, there was only one problem. D.A.R.E .did not work

The approach made sense on the surface and was widely embraced by teachers, parents, and policymakers. But as it turns out, the program did little or nothing to fight drug abuse in youth. In some cases, it only made things worse. A 2009 meta-analysis of 20 controlled studies by two statisticians revealed that those who participated in the D.A.R.E. program were just as likely to abuse substance as those who got no intervention. But more disturbingly, other studies indicated that some learners were more likely to abuse substances if they passed through the program. 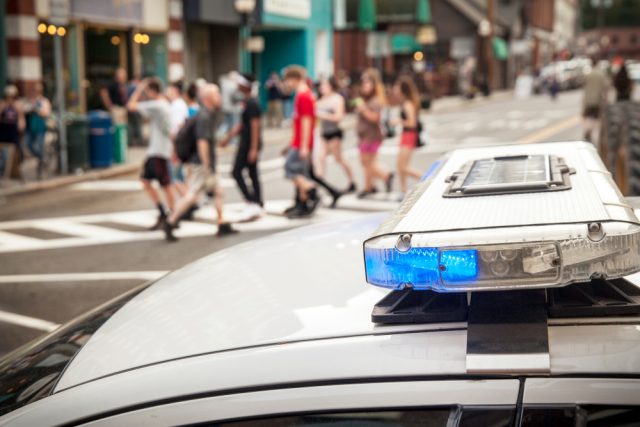 While it was perhaps well-intentioned, D.A.R.E. did not produce positive results in stemming the tide of drug abuse in the United States.

If you were among the millions of students who took part in the D.A.R.E. program between 1983 and 2009, you might be surprised to learn that experts have repeatedly proven that it didn't work. Despite being one of the most widely used drug abuse prevention programs targeted at school-aged students, it did not make you any less likely to abuse drugs or turn down the offer to abuse drugs from friends. The catchy "Just Say No" slogan that has served to keep the D.A.R.E. program distinguishable among learners seemed to be just that – catchy as studies show these words may not hold up under a microscope.

History of the D.A.R.E. program

D.A.R.E. is the most popular drug use prevention program in the U.S. (and the world). The original D.A.R.E. program, which was latched on Nancy Reagan's mantra "Just Say No," was created in 1983 as a joint effort between the Los Angeles Unified School District (L.A.U.S.D.) and Lost Angeles Police Department (L.A.P.D.) to end the recurring cycle of substance abuse, related criminal issues, and arrest. The curriculum's core elements were skill training, resistance, and self-esteem building for elementary school students. D.A.R.E. created and implemented a middle school and high school curriculum in 1984 and 1989, respectively.

D.A.R.E. took off quickly. Communities understandably wanted to ensure their kids led a drug-free lifestyle. It reached about 6 million learners in the first year at the cost of $750 million. It even expanded to other parts of the country (and globe) with funding support from the Safe and Drug-Free Schools, Communities Act of 1994, Department of Justice and other organizations. According to a National Institute of Justice report, 52% of school districts nationwide had adopted the D.A.R.E. program in one or more of their schools in 1994.

But it didn't take long for research to show that the "Just Say No" approach wasn't working. By the early 90s, multiple studies revealed that D.A.R.E. did not influence its graduates' choices regarding drugs and alcohol use. The effort to ignore vast reviews about the program came to a climax when the Institute of Justice accessed the program in 1994 and rendered it ineffective, but failed to publish the findings. In that decade, the program was placed under scrutiny by the U.S. Surgeon General Office, Department of Education, and the Government Accountability Office. These evaluations saw the transformation of D.A.R.E. into an evidence-based curriculum, Keepin' It REAL, which was launched in 2011. 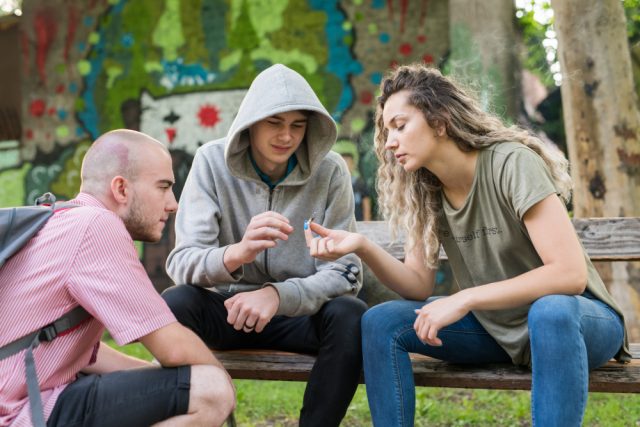 Throughout the greater part of 30 years, D.A.R.E. has been in place across the United States. It did nothing but push children away from the rest of society, if they were to experiment with drugs or alcohol.

Proponents say that the program has helped prevent drug use among students. They argue that D.A.R.E. enhances social interactions between students, police officers and schools and that it's the most prevalent drug abuse prevention program. Opponents, on the other hand, use evidence to show that the program is ineffective at preventing students from abusing substances. They contend that the program makes students ignore legitimate information about the dangers of drugs and that it's even linked to increased drug use.

In the 1990s, different polls started to show a reduction in the use of cocaine, L.S.D., methamphetamines, and marijuana. But opponents argue that the program – which condemned illicit substances – might have made the survey participants be more guarded and thus less likely to open up about using. Again, between 1991 and 1995, there was a 92% increase among 8th graders who had used marijuana and a 59% increase in illicit drug use among high school seniors. According to opponents, this is too big a number for a program that works. The war on drugs didn't manage to prevent declining life expectancies and record numbers of overdoses either.

The results of 30 other similar studies indicate that the program didn't prevent students from abusing substances in the short-term, or later on in life. A study produced alarming results with graduates showing a 29% increase in substance abuse and a 34% rise in tobacco use. But the most disheartening research done on the D.A.R.E. program was one that for over ten years. Participants indicated their drug use statuses when they were 10, and then 20 years old. The results showed that those who finished the program were no less likely to drink alcohol, use illegal drugs, or succumb to peer pressure than their counterparts who never went through the program. What's more, participants who took part in the program said they struggled with low self-esteem later in life.

The weakness of the D.A.R.E. program

The weakness of the program, as many studies point out, was the simplicity of its message – and its alarming claim that “substance use is prevalent.” Students don’t respond well to exaggeration, and both the “Just Say No” mantra and panic implied in the drug-fighting campaigns were pushing the kids away. At the same time, some researchers suggest that by making the drugs seem to be everywhere or widespread, the program might push kids with mental conditions (like anxiety or stress) towards drugs. 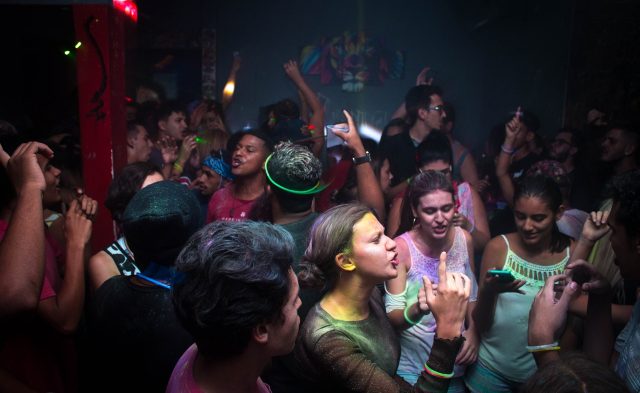 The D.A.R.E. program was a historic failure, by any measure. We still have much to learn about the reasons people turn to drugs or alcohol, and why it becomes a major problem for some.

Moving into the future

In 2001, the Robert Wood Johnson Foundation awarded a $13.7 million grant to develop and test the "Take Charge of Your Life" (T.C.Y.L.) program. The pilot study that ran for eight years examined T.C.Y.L.'s effectiveness in empowering students to not act on their desire to use alcohol and illegal drugs. Findings revealed that D.A.R.E.'s T.C.Y.L. coursework had varying effects for students. Students who had used cannabis by the 7th grade were highly unlikely to use it by 11th grade, compared to those in the control group. The study also uncovered that D.A.R.E.'s curriculum resulted in a 3 to 4% increase in cigarette and alcohol use among 11th-graders who never used in 7th grade, compared to those who never joined the program.

Based on the results of T.C.Y.L., D.A.R.E. transitioned to a brand new, and promising coursework called Keepin' it REAL. This program encourages learners to "Refuse offers to use drugs, Explain why they don't want to use, Avoid situations where drugs are used, and Leave situations where drugs are used (REAL). It encourages them to lead a safe and responsible lifestyle. According to the Substance Abuse and Mental Health Services Administration (SAMHSA), there were no concerns, adverse effects, or unintended consequences with the Keepin' it REAL program. The Department of Justice, in a 2012 review of the new program, said it was promising as it seemed to lower marijuana and alcohol use, and improves resistance skills. However, the report also noted that positive outcomes usually fade over time.