What is Synthetic Marijuana or K2? 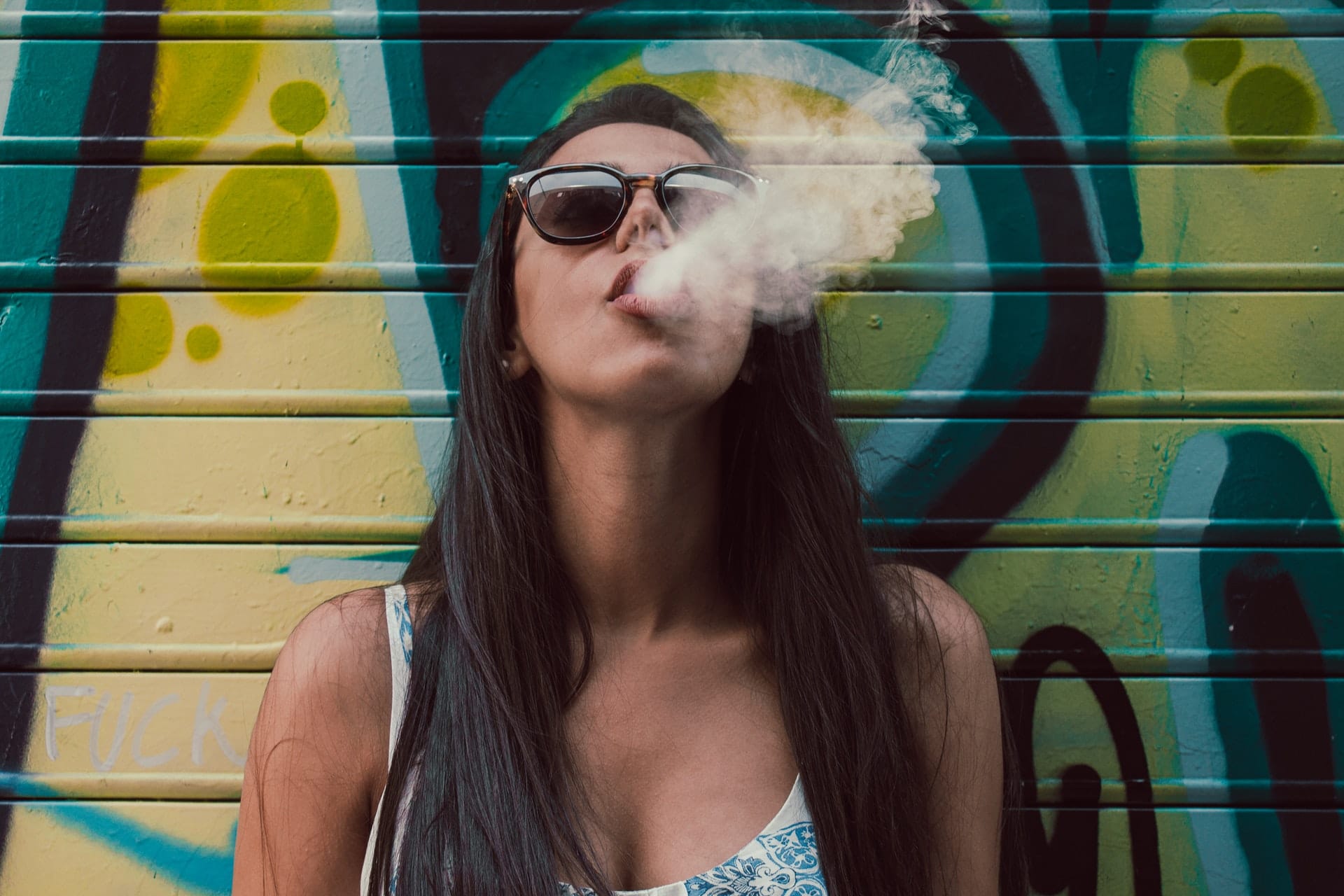 The medical marijuana craze has ignited a multi-billion dollar industry. From oils to tinctures to lotions to lattes to e-cigarettes in all shapes and sizes, for pain, anxiety, depression, seizures, autism, soft skin, hangover, etc., marijuana is everywhere. In fact, those who invested in top marijuana companies in 2016 are potentially up more than 1000%. Yet another danger lurks under the guise of "synthetic marijuana", "K2", or "spice".

It is not a surprise that marijuana is gaining popularity globally, including on Wall Street. After all, cannabinoid (CBD) –the second most prevalent ingredient in marijuana – has been touted for different health issues. It’s also backed scientifically for its effectiveness in treating the worst childhood epilepsy syndromes like Lennox-Gastaut Syndrome and Dravet Syndrome which fail to respond to antiseizure drugs. Studies have also shown its effectiveness in addressing anxiety and chronic pain too.

But the main concern with CBD products is that they are mainly sold as a supplement as opposed to medication. At the moment, the FDA has only approved Epidiolex for a prescription, and does not control the purity and safety of dietary supplements. So it is hard to tell whether a product has active ingredients at the dose as indicated or other unknown elements.

One study tested 84 CBD products from 31 companies and revealed that 69% were mislabeled. Some had too much CBD; some had no CBD at all. Some contained too much THC – the active ingredient in marijuana that’s associated with the “high”. Other surveys indicated that a fraction of the products contained harmful synthetics that are health hazards. 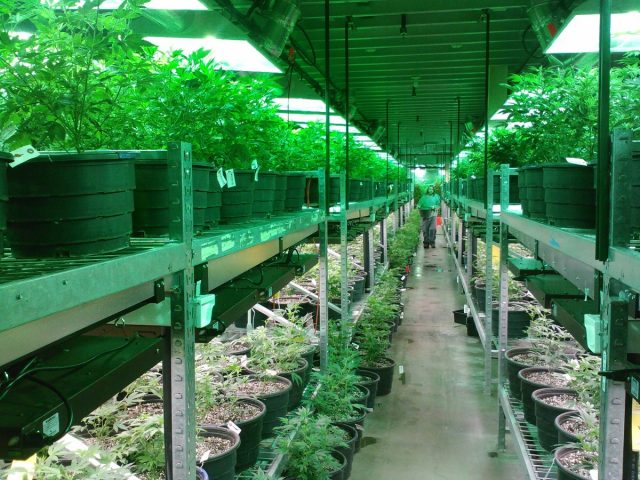 Both the legal and illegal marijuana business is booming across the United States. Pot farms, like this one are creating a variety of products, with little oversight.

Medical marijuana can be safe and beneficial to human health. The only reason marijuana is still federally illegal is because of THC, which affects one’s ability to concentrate, focus and even keep track of time. But with the rising popularity and demand of the legal natural marijuana, numerous companies have sought to simultaneously minimize production time and boost profits by creating synthetic cannabinoids.

What is Synthetic Marijuana?

Synthetic CBDs are a large family of chemically unrelated compounds that act on the same brain cell receptors as THC. Synthetic marijuana products are human-made, but mimic THC, the primary psychoactive ingredient in marijuana. They are misleadingly marketed as legal and safe alternatives to real marijuana. However, synthetic cannabis affects the brain more than natural marijuana, and their effect can be dangerous or even life-threatening. Unsuspecting users (mostly teens and young adults) assume that the fake weed is harmless – but that’s a grave mistake.

Synthetic marijuana is either sold as a liquid to be vaporized and inhaled or sprayed onto plant material to be smoked. It goes by several other names:

Synthetic cannabinoids are not one drug. Manufacturers produce and sell hundreds of different synthetic chemicals. Each year, new products with unknown health risks make entry into the market. As mentioned earlier, fake weeds are prevalent because consumers believe they are legal and relatively safe. This can be linked to the misconception that many users have, that marijuana is a naturally occurring weed and is, therefore, safe to use (but that’s not all there is to it). Depending on what’s available or personal preference, synthetic cannabinoids is either:

In 2010, over 11,000 individuals were admitted to the emergency room due to synthetic marijuana use, according to the National Institute on Drug Abuse. And in 2016, 2,695 calls were made to poison control centers about people who were harmed by using synthetic CBD. What’s disturbing is that 75% of these people were between 12 and 29 years old. 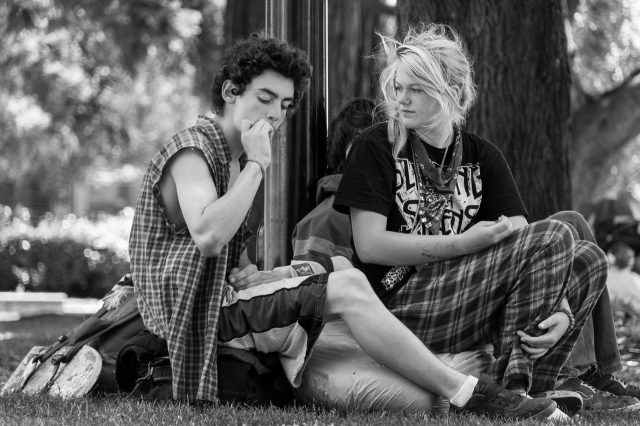 Many teenagers and young adults are turning to synthetic marijuana to pass drug tests, or because they think it is a natural, safe alternative to cannabis. It can be quite dangerous, however.

Most K2/Spices are illicit. So, manufacturers try to get around the laws by producing new drugs with different ingredients or by marking them as “not fit for human consumption.” They are labeled not for human to mask the intended purpose and avoid the FDA’s control of the manufacturing process.

Synthetic cannabis products are not safe. And since there are no standards for producing, packaging or distributing the chemicals, it might be hard to tell the contents of products and the potential reaction. Again, synthetic CBD can have varying levels of chemicals between batches, or even within the same batch. The products may also be contaminated with toxic chemicals or drugs.

Side Effects of Synthetic Marijuana

Synthetic marijuana can have adverse effects on the brain and overall health. Common side effects of synthetic cannabinoids include:

Note that these effects may vary based on factors like the type of synthetic marijuana, the dose and duration of use. K2 can be addictive, meaning a person may experience withdrawal symptoms when they quit cold turkey.

While it may look nearly identical to weed, synthetic cannabis can actually be very dangerous to the user.

The CDC issued a warning after receiving reports of multiple cases from the Department of Public Health, including deaths among those who used fake K2. Other states have also reported the same cases. The warning urged everyone who’s bought a product that goes by names (spice, K2 or synthetic marijuana) to throw it out. It also encouraged those who had already used to call for help or go to the closest healthcare facility in case they experience severe, unexplained bruising or bleeding.

In another report, synthetic marijuana –which is 85 times more potent than THC – led to a “Zombie Outbreak” in New York City in 2016. For several hours, users were staring blankly, moving slowly and occasionally groaning. 18 out of the 33 people who displayed signs were transported to the hospital. The incidence happened after using K2 that Reddit users describe as “out-of-this-world potent.”

In 2018, 71 people overdosed from synthetic CDB in Connecticut. A significant percentage of the cases occurred on the New Haven Green. And although no deaths were reported, six or more victims had near-death experiences. In the same year, the drug was linked to 22+ cases of severe bleeding from gums, nose and in urine in the Chicago area.